Robert Sipes of Duke Energy, and a Sundance customer, shares his solar story below:

“My wife Alison and I have moved 17 times since we were married 34 years ago.  After we moved from Asheville to Raleigh in 2009 we agreed that we only had one more move left in us and that was back to Asheville where we’d ultimately retire.  When the opportunity to move back presented itself we decided that the home we’d move into and hopefully spend the rest of our lives in, had to be everything we wanted, including environmentally friendly.  We couldn’t find an existing home that met our needs so we decided to build.  In 2014 our dream home was complete with one major exception – it didn’t have solar installed.

Alison and I believe strongly that we as a society have to transition to clean and sustainable forms of energy.  In my job at Duke Energy, I’m responsible for what we call our Western Carolinas Modernization Project which involves working together with folks outside of the company to help make that transition happens in ways that don’t compromise the reliability or affordability of the electricity that our customers depend on.  It’s a big challenge but one that I love and embrace.  Installing solar on our house just made good sense to us as one of the ways we could/should personally support the change that has to occur.

One of the key factors in deciding on the lot we bought for our home was its suitability for solar.  We found a great location that faces slightly east of due south, so everything from there fell neatly into place for the most part. We’ve had no regrets with our decision to install solar on our home.  The only thing I’d think about doing differently would be to try and figure out a way to incorporate battery storage into the system.  At the time, we just couldn’t make the economics work.  Since then, the price of batteries has continued to drop and Duke Energy is working on ways to help offset the cost of batteries for home and business owners.  I’m hoping that we’ll be able to start offering something sometime soon.

We have a 16 kW system and we almost produce as much electricity as we use.  Our goal is to continue identifying ways we can be more efficient, so we can get to the point that we produce as much as we use.  I’ve installed an energy monitoring system in our house, so I can track how we use energy and take steps to improve.  Over the past couple of years, we’ve reduced our overall electricity use by around 12%.  I’m very excited that in a few months Duke Energy will begin installing smart meters on every home and business in this area.  These smart meters will give all of our customers a tool that they can use, very much like my energy monitoring system, so they can identify ways that they can be more efficient and save money!

Our system is virtually invisible, so people don’t know we have it unless we tell them.  That said, once folks find out that we have solar their first comment is almost always “You work for Duke Energy and you have solar?”  After I explain why we have it and how it works, they get really interested in how it can make sense for them.  I’m very pleased that, hopefully, Duke Energy will begin offering incentives for roof top solar systems soon.  When that happens, I think a lot of those people who’ve been on the fence about putting in a system will go ahead and take the plunge.  Sundance and Duke Energy worked together with many other stakeholders from around the state to put together a program that should really help increase the number of roof top systems that are installed.  We’re keeping our fingers crossed that the program gets approved very soon.”

Having Robert share his perspective on embracing solar at his home is very encouraging, and we take it as a great honor that he said “Sundance was great to work with.  I began my career doing electrical construction work and still do some work for myself and friends.  As a result, I have very high standards for the quality of work that is done.  The quality of work that Sundance did EXCEEDED my expectations!  Their techs were highly skilled and their attention to detail was amazing.  They were also super easy to work with.”  The sentiments are mutual, and we look forward to seeing Robert’s work in leading Duke Energy towards a new energy paradigm in our region.

The annual production for this system was estimated to be 19.4 megawatt hours, but SolarEdge’s monitoring platform shows that this has been exceeded with 21.7 and 20.7 MWhs produced in 2016 and 20.7 respectively. Since its installation at the end of 2015 the system has produced 44.61 MWhs of electricity, which has the environmental benefits of 1,740 trees planted!

Robert Sipes is the vice-president of the Western Carolinas Modernization initiative for Duke Energy.  In that role, Robert is responsible for leading Duke Energy’s efforts to transform the way electricity is produced, distributed, and used in western NC.  A significant part of Robert’s work includes his involvement in the Energy Innovation Task Force whose members include a diverse cross section of community leaders.  It was formed through a partnership between the City of Asheville, Buncombe County, and Duke Energy.  The work of the task force is focused on driving solutions to today’s electric energy related challenges through collaboration and partnership.  Later this spring the task force will be launching its Blue Horizons campaign to raise awareness and drive action by all of the residents of Asheville and Buncombe County to achieve the cleaner, smarter, and affordable energy future that we all desire. 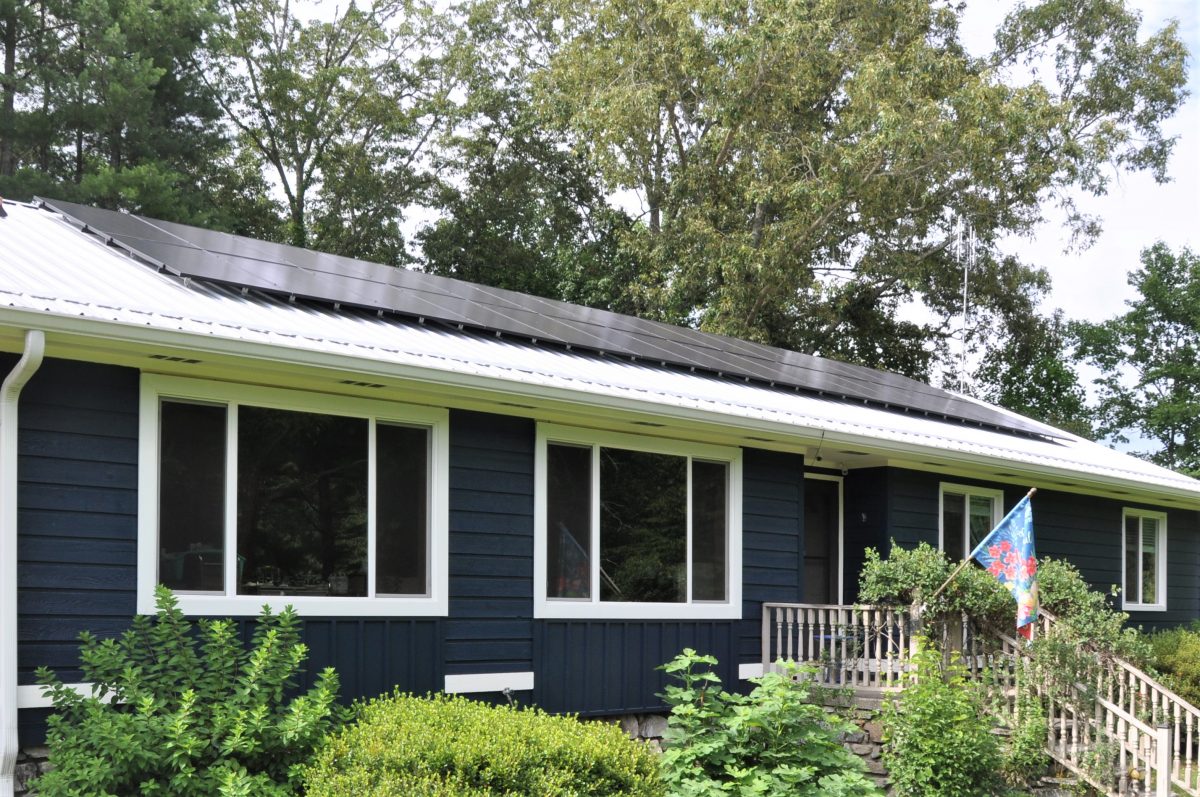 Why Partner with Sundance Power Systems?

Our Renewable Energy Consultants are not high-pressure sales people offering poorly constructed solutions and pipe-dream financing options. Our 5 Step Process is based upon listening to our customers and designing systems that empower a clean energy lifestyle.

Sundance Power Systems Inc is rated 4.6 out of 5 based on approximately 50 reviews from around the Web.